DIMO is an open-source, data-driven digital ecosystem. Its mission is to improve the way we move throughout the world by building the largest, most useful IoT network of user-owned devices, starting with cars. Drivers connect their cars to the DIMO mobile app, learn how to unlock value from their vehicle, and earn rewards for using services in the network and/or sharing their data. Developers and other businesses then use that data to build apps and devices that will improve transactions within automotive retail/finance, insurance, vehicle maintenance and more. The result: a future where mobility is cheaper, cleaner and more flexible — for everyone.

In early 2022, DIMO was in an exciting phase of growth. It had its first few thousand vehicles connected to the ecosystem and had recently undergone a rebrand. In anticipation of ramping up hardware production, growing the team, and preparing to launch community incentives, DIMO needed its web presence to be bigger and better than ever.

DIMO had already generated lots of interest within the automotive, crypto, and IoT communities, with thousands of users and developers collaborating in their Discord and open-source initiatives. But with everything DIMO was looking to do, the business needed a way to communicate the short (and long-term) benefits beyond the early adopter crowd. This meant illustrating that, while its roots lie in the digital world, DIMO is, in fact, a real-life concept. Working closely with the DIMO team, the goal was to develop a more well-rounded brand identity — plus, create a website that would speak to a range of audiences. And because DIMO’s entire ecosystem improves with each new driver (and their data), it had to be live as soon as possible. 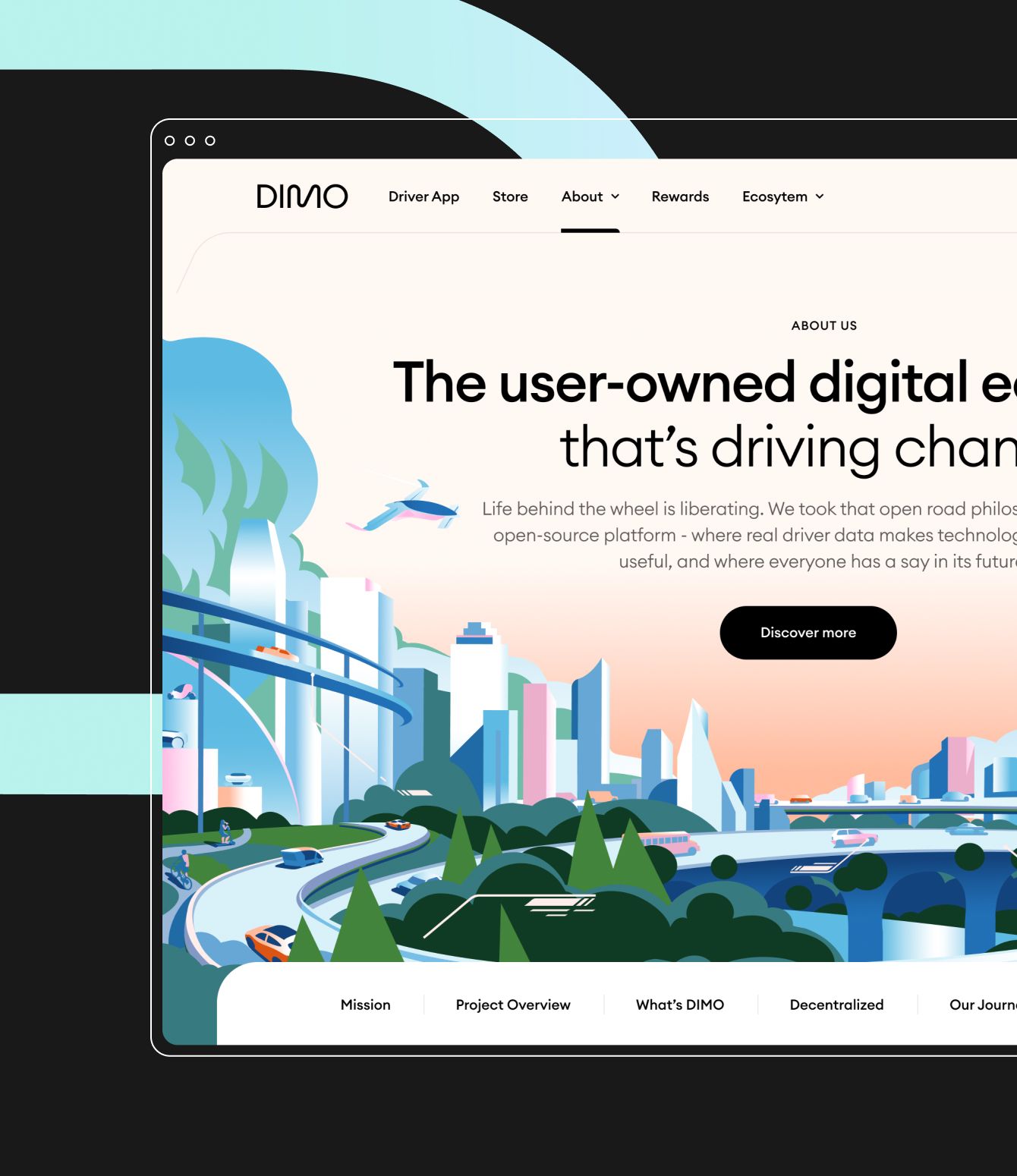 A project that puts the user at the centre

It was essential that the site resonated with everyday EV owners, tech buffs and the crypto crowd. But it was also important that DIMO get new partners and developers on board, too. As part of our discovery process, we outlined how DIMO should communicate with these audiences — both visually and verbally. The result was an immersive web experience that paired seamless user journeys with subtle movement and animation to create a sense of belonging, all while driving users to download the DIMO app and get connected. 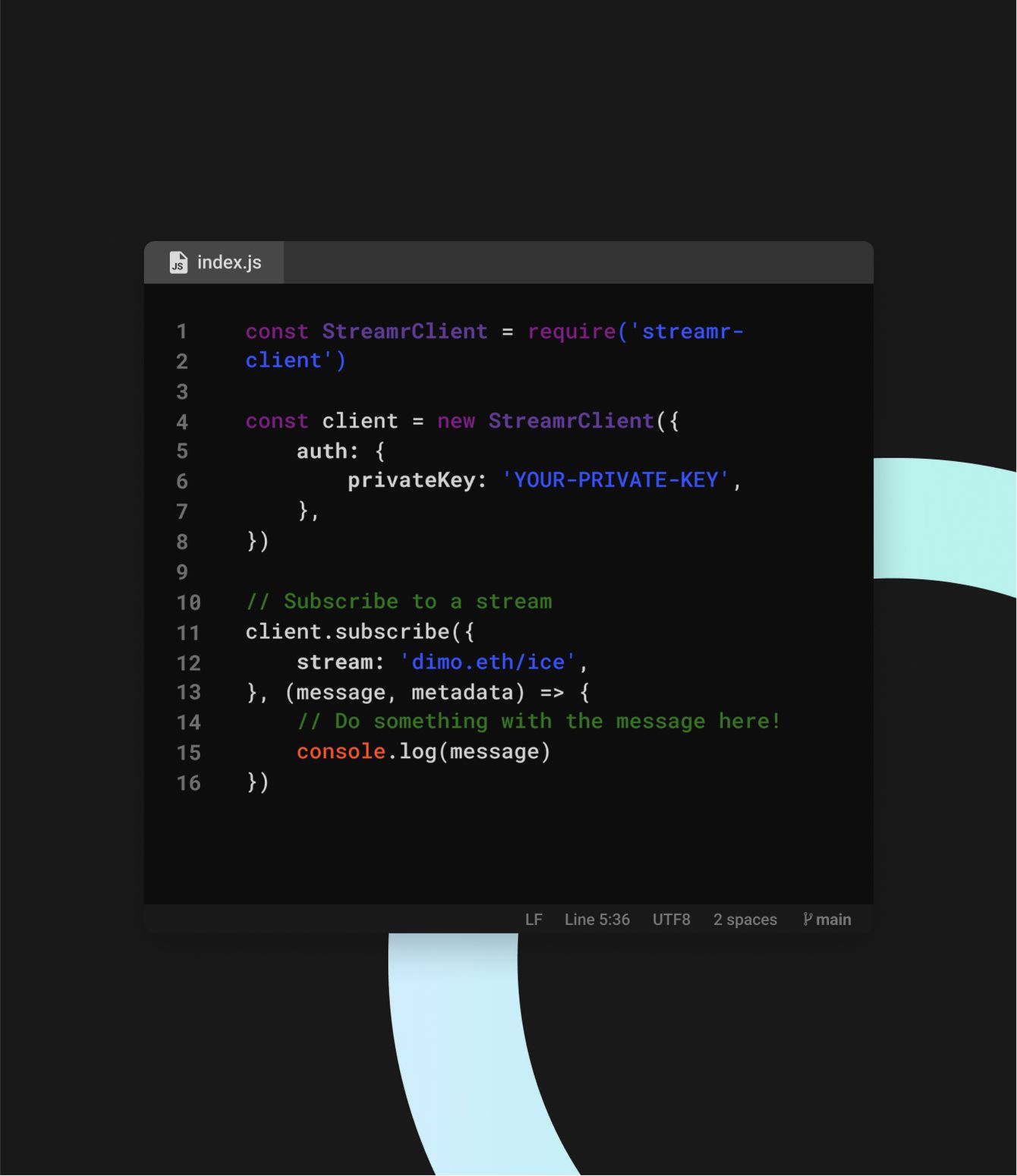 Balancing real world and digital world, and present and future

DIMO is a future-focused project, so we needed to encourage buy-in by showcasing the brand’s vision and the bigger picture. Futuristic, Web 3 projects have a tendency to feel fake and abstract, or heavily feature video game-like imagery. Instead, we used real-world photography to reflect the real-life concept and incorporated 3D visuals of vehicles to make the site more engaging and interactive. And all of this was then balanced with a set of poster illustrations (courtesy of renowned visual designer, Trajan Jia) that blended modern themes with classic car culture to give a nod to DIMO’s vision. 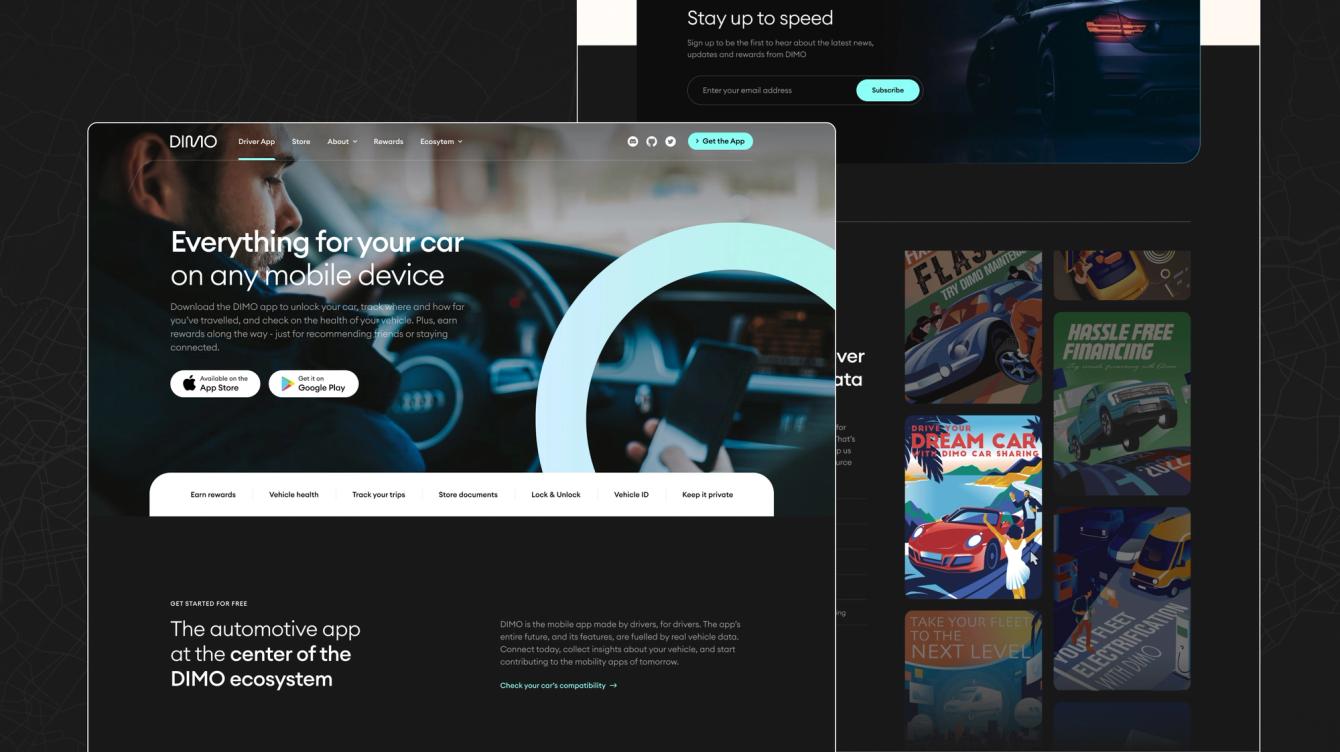 Building a brand across an entire ecosystem

DIMO had recently rebranded. But we took the opportunity to evolve and elevate things further. We introduced new assets including gradients, rounded corners, lighter typography, and signature glass phone imagery. This not only built more value in the brand, but created an authentic, high-tech look and feel that would go beyond the bespoke site — from the native driver's app and marketing materials, to DIMO’s very own design system that enabled creators and developers to build new apps on the ecosystem. 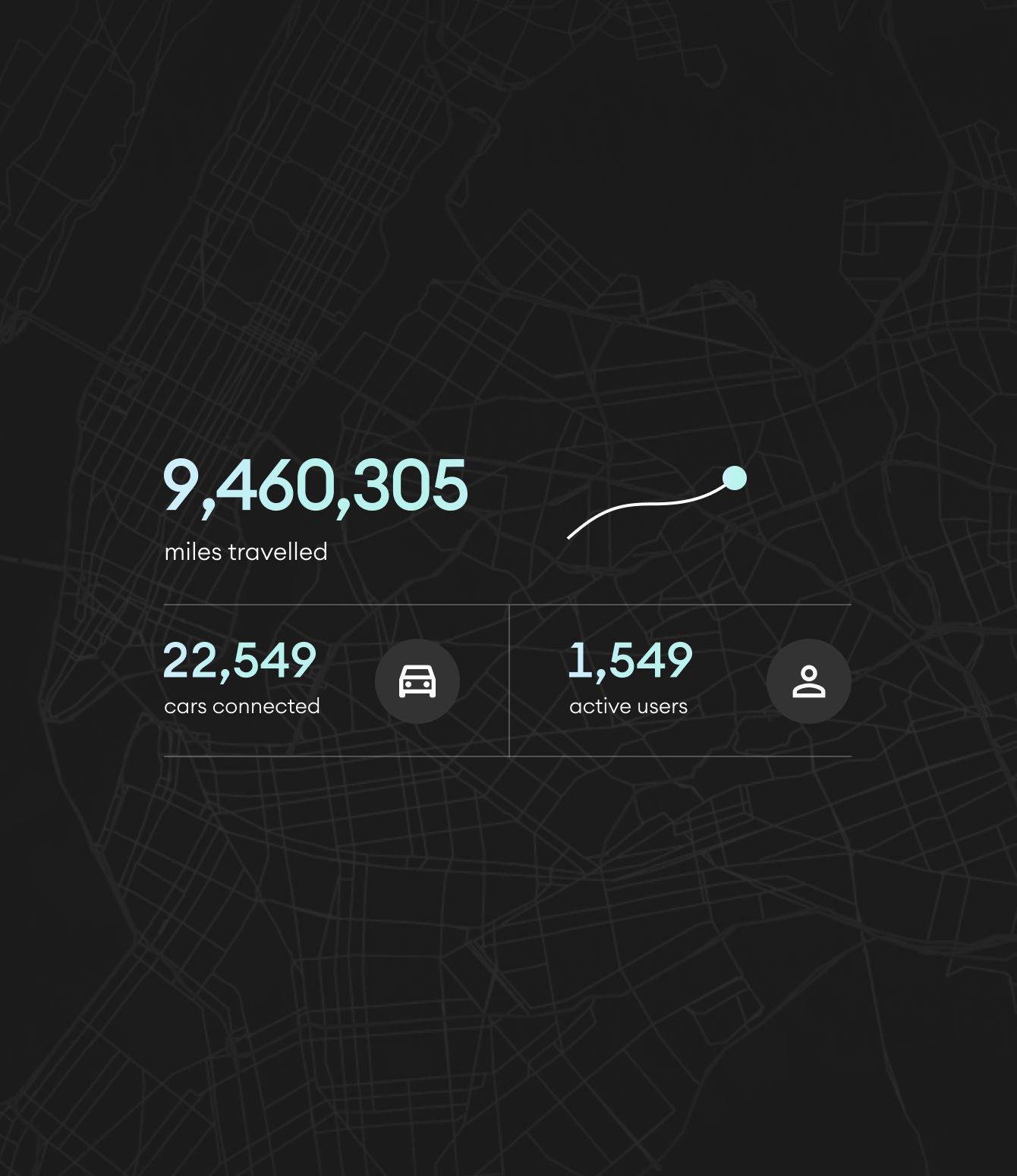 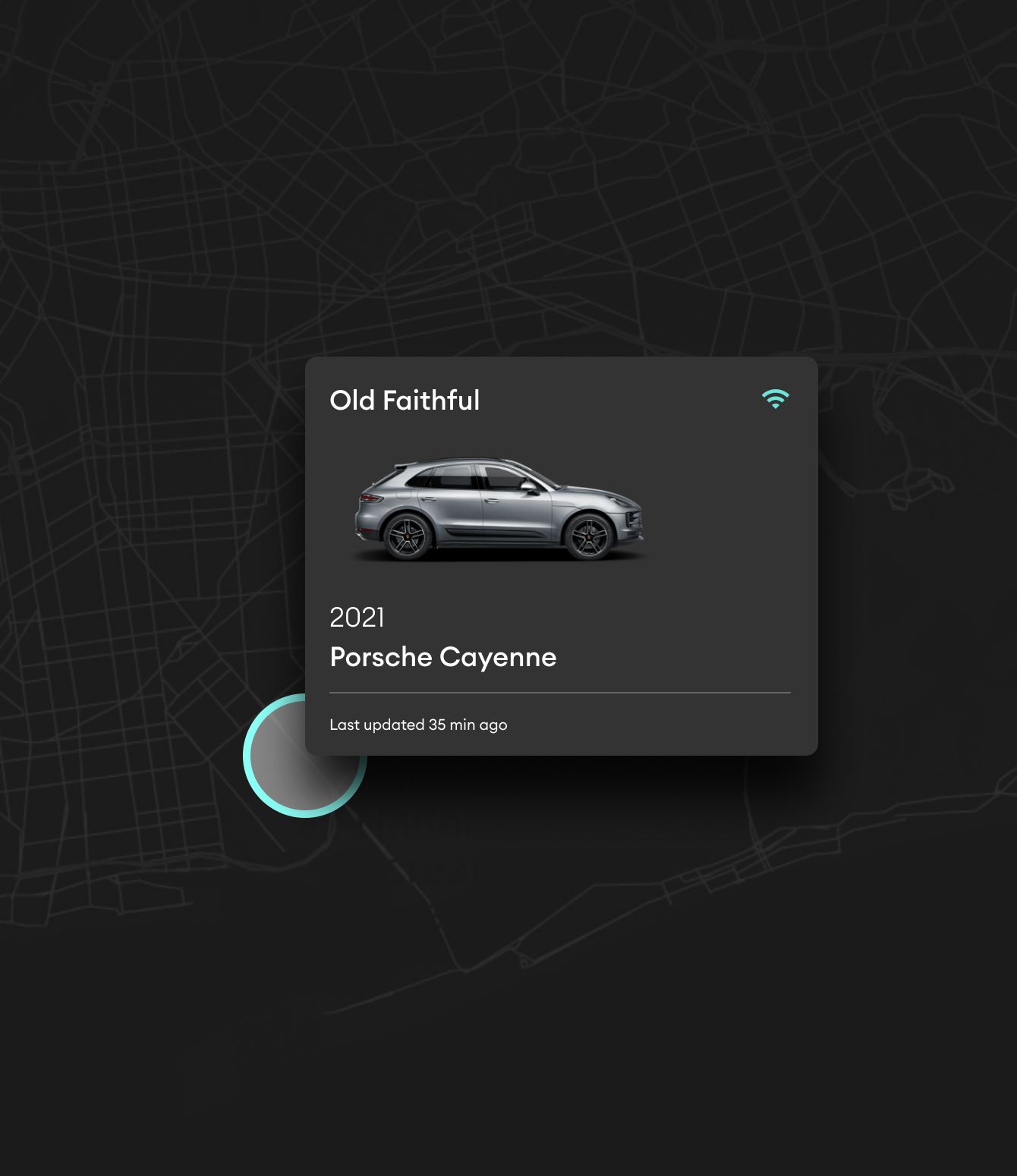 Collaborating across time zones, from Cyprus to California

The S8-DIMO team spanned from the UK, Cyprus and Portugal to New York and California, collaborating on initial mood boards and wireframes, right through to the final animations ahead of go-live. And by staying in constant contact through workshops, weekly (and eventually daily) stand-ups, and continuous updates via Figma and Discord, we designed and developed the DIMO site — from scratch — in a matter of months.

Let us take you further than you’ve ever been